The advisory committee is made up of 12 members from different markets around the world.

Its members are selected for their expertise and influence in the field of arts and entertainment as well as their impact on the development of creative industries.
The implementation of this committee is an undeniable asset to ensure the relevance and diversity of the event's programming. 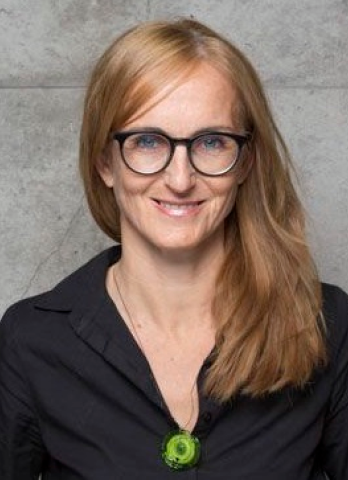 Head of Outreach and International Relations 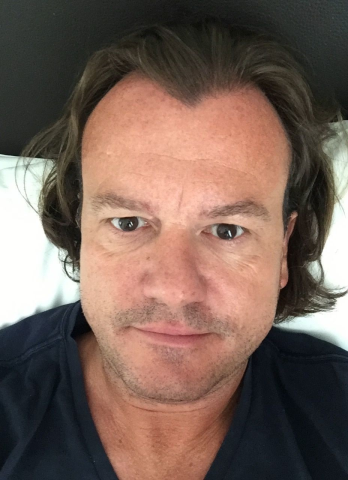 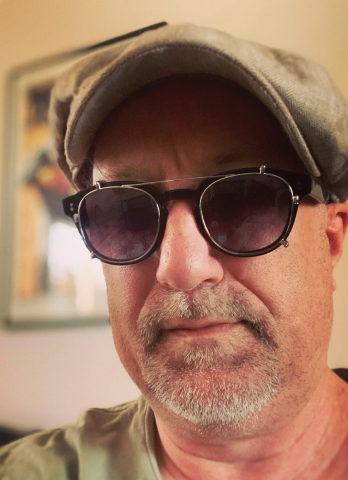 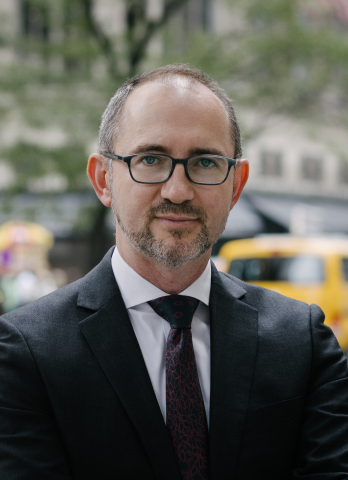 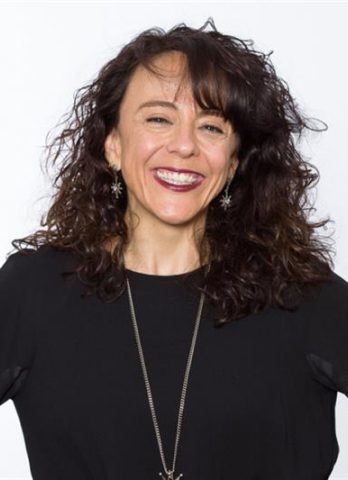 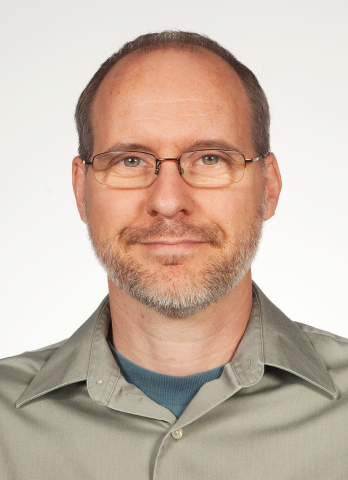 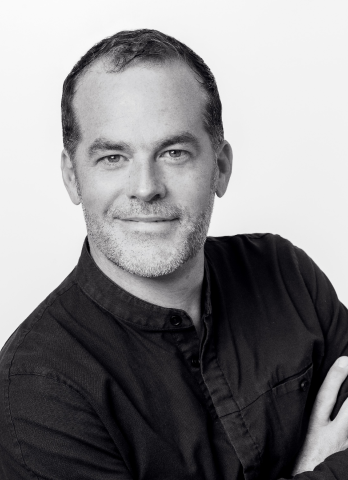 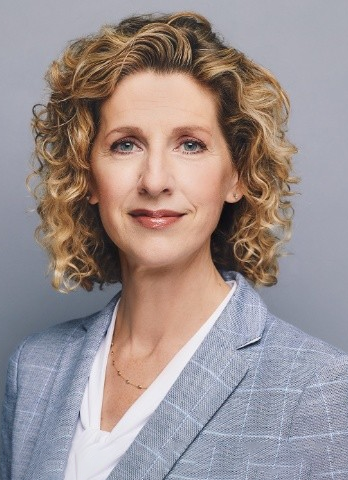 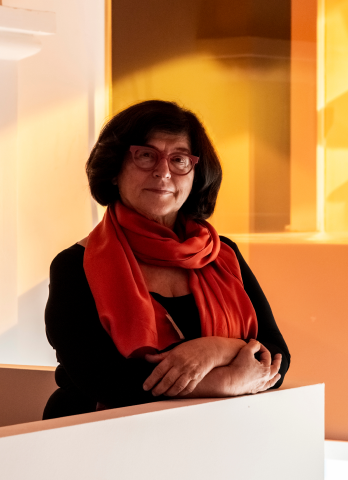 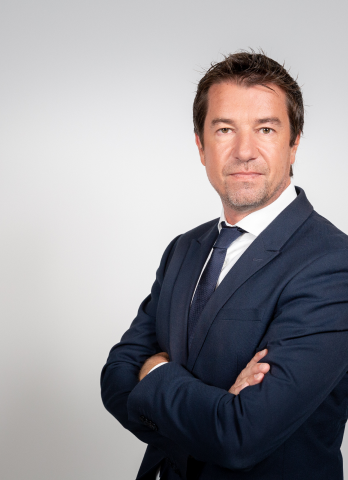 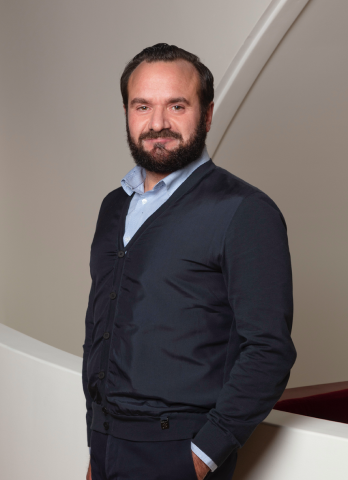 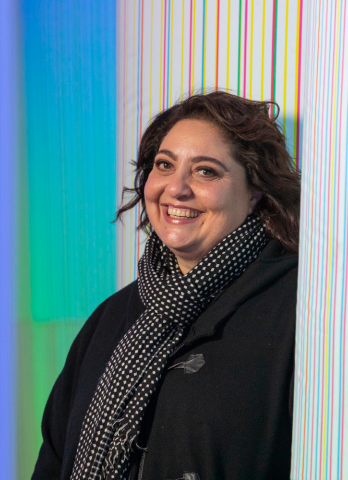 Programming and innovation at Musée de la Civilisation are the vectors of Anik’s activities and inspiration. She facilitates collaborations and exchanges with various players of the Canadian and international cultural sectors, by focusing on enriching the museum’s offerings.

Christophe has more than 20 years of experience working with the world’s leading event production, content and management companies. He is specialized in brand development and international business development strategy, helping grow companies like Production Resource Group (PRG), GL Events, Filmmaster, Cirque du Soleil’s special events division into the international powerhouses they are today. Recently, he was Vice President of Business Development for FiveCurrents with a focus on global sport and special project events. Christophe is currently principal partner of Make It Right Consulting, supporting and accompanying global companies in their international expansion.

With over 13 years in the Middle East, he has overseen the development of numerous companies. His experience in the Middle East began with GL Events, where he set up and he was the Director of their Abu Dhabi branch, leading the events teams for shows including Qatar’s Asian Football Cup 2011, the Qatar Motor Show 2011, the Dubai Global Energy Forum 2011, Abu Dhabi’s MH Gala Awards 2011, Qatar’s World Petroleum Congress 2011, the Volvo Ocean Race sailing event in Abu Dhabi 2011 and Abu Dhabi’s Pool & Spa Show 2012. He moved on to become the Director of PRG’s Middle East Operations, where he developed and led the company’s operations in the Middle East, North Africa and Turkey to the acquisition of Gearhouse Arabia.

He has also acted as the Director of Sales & Marketing for Filmmaster’s Dubai Branch. He was the Executive Director of Business Development for Cirque du Soleil’s special events branch, 45 Degrees. During his time with Cirque du Soleil, he fostered partnerships with sports organizations and global brands to create one-off shows. With FiveCurrents, along with his position as Vice President Business Development, he was the Event Director of Jakarta Palembang 2018 Asian Games Ceremonies, Project Director of the critically acclaimed SEA Games Ceremonies in Manila in December 2019 and Project Director for the Opening and Closing Ceremonies. Recently, after a successful opening ceremony of the International Handball Championship in 2021 in Cairo, Egypt; Christophe delivered the opening ceremony of the 3rd GCC Games in Kuwait in May 2022 with Eloize Entertainment.

Dave Patten is Head of New Media at The Science Museum, London, where his role includes managing all aspects of new media and AV, from conceptual design, prototyping and production to project managing external developers and production companies.

He has a background in electronics and computer science, and has worked at the Science Museum for over 30 years, developing exhibitions and leading development teams.

He developed the technical systems for the Science Museum’s Wellcome Wing and Dana Centre, which opened in 2000 and 2004 respectively.

Recent work includes Web Lab, the multi-award–winning collaboration with Google, Engineering Your Future, an interactive exhibition for teenagers on engineering and a secondment to Frost Science in Miami to help develop exhibitions and systems for a new museum which opened in 2017.

Mr. Barth is a recognized expert in the fields of public space management, placemaking, and urban revitalization.

Of French origin, he is a graduate of the Institute of Political Studies of the Robert Schuman University in Strasbourg and of the Stern School of Business (MBA). Mr. Barth settled in the United States and began his career as an urban planner at Bryant Park Corporation and the 34th Street Partnership in New York.

It was there that he discovered an innovative public space management model, aimed at making Bryant Park the most pleasant park in the world, a vibrant and authentic space, thanks to the implementation of original methods of private sector in the service of public service objectives.

A model that allows this park to be self-financing, the first to achieve this goal in the USA. His work also contributed to the creation of the Meatpacking Improvement District in New York and the development of New York’s public plazas program. Over the years, and through positions with the famous Friends of the High Line, Fifth Avenue Association or Times Square Alliance, he has held a wide variety of roles that have led him to become familiar with the administration, operations, income generation, philanthropy, horticulture, design, technology, the arts, real estate development and marketing and generally all aspects of organizing and improving public spaces.

These experiences have enabled him to develop an original philosophy on the subject of the creation and management of modern public space and the complementary roles of its private and public actors. Mr. Barth is now an urban planning consultant through Town Square Consulting. He lives in Brooklyn with his wife and three children.

Lucille Marie Essey is Senior Vice President, Executive Creative Director at Jack Morton, where she leads a team of creatives in New York and is part of the senior leadership team. She is also a member of Jack Morton’s Global Creative Council and is a vocal and active advocate for supporting women in the creative industry.

With well over two decades in the Experiential Marketing and Broadcasting industry, Essey is an award-winning, charismatic and engaging leader who drives the creative process from conception to execution. Passionate about the power of experience to create an emotional connection between brands and their audience, she takes a heart-first approach and understands complex nuances of different audiences and cultures, and how that impacts communication on all levels.

As a Portfolio Creative Executive at Imagineering, Luc Mayrand leads the creation of ideas from the earliest stage, to then develop them, sell them and turn them into the experiences inside and outside the parks. Central to the creation of these projects is fostering deep collaboration in the diverse teams behind the ideas, wide reach in partnerships, and rapid iterations. He has used this approach successfully for attractions, resorts, and new business development

Recent projects include the multi-year expansion of Hong Kong Disneyland featuring a new land the World of Frozen, and the re-invention of the icon of the park: the Castle of Magical dreams; Zootopia and Pirates of the Caribbean’s Treasure Cove for Shanghai Disneyland; Mission: Space at Epcot in Florida. Prior to Disney Luc worked on films, television, and experiences around the world.

Luc’s work and play have been motivated by a lifelong passion for the future, stories, culture, science and design. Luc is originally from Montreéal, Canada. He and his family live in Pasadena, California.

Louis-Richard Tremblay is fascinated by interactive experiences. He likes to partner with creators who divert the use of technology to make statements, and whose works capture imagination and intelligence.

Marguerite is an established media executive who has held senior roles in the government agency, trade association, broadcast, distribution and production sectors. She has extensive national and international industry relationships based on her creative and business track record and is deeply committed to the promotion of Canadian creators and the industry at large.

A journalist, an art critic and a curator, Maria Grazia Mattei has been investigating digital culture since 1982

Since the late Eighties, Mattei champions cultural and professional exchanges between Italy and North America, especially in relation to creative industries’ innovation. For her commitment, in 2017 Mattei was honoured by the Embassy of Canada to Italy with the Canada-Italy Innovation Award

In 2005 she designed and launched Meet the Media Guru (MtMG), a platform aimed to promote public dissemination on innovation and digital culture towards a non-professional audience

In 2018, Mattei has founded and chairs MEET, the first Italian centre for digital culture with the support of Fondazione Cariplo, one the largest philanthropic foundation in Europe. MEET designs and promotes onlife meetings, exhibitions, workshops and digital performances with a humanistic perspective on creative technology and emerging digital trends.

“The new field of 5G and XR/Metaverses (AR, VR, MR…) is opening new perspectives for Media industry, Telecom operators and startups… and the way we Live, Entertain and we work, but also new questions around interoperability, sovereignty, security, etc.

He teaches Metaverse & Immersive transmedia Marketing at SciencesPo since 2018, and lead as chairman the “New European Media Initiative” aiming at fostering the convergence between consumer electronics, broadcasting and telecoms in Europe, producing Strategic Research and Innovation Agenda (SRIA) as well as position papers

Philippe was deputy development manager and head of digital services and communication at Paris Musées until June 2020. He now manages the foundation’s digital strategy. Beyond elaborating strategy, he also leads the design and implementation of various digital resources and contributes to the setting up of national and international partnerships.

Over a 25-year career in the arts, Rachael Azzopardi has held many leadership positions—from steering the musical spread of Barrie Kosky’s legendary 1996 Adelaide Festival program to overseeing the Opening and Closing Ceremonies of the 2006 Melbourne Commonwealth Games, senior leadership roles at Chunky Move, Sydney Theatre Company, Sydney Festival and Adelaide Festival, Rachael’s travelled around the world to work with the industry’s biggest names across virtually every form and market, from Hong Kong to Broadway.

In 2020 Rachael teamed up with Lee Cumberlidge to set up the Illuminate Adelaide Foundation and create a new, city-wide winter event aimed at taking over the city in a celebration of art, light music and future technology.